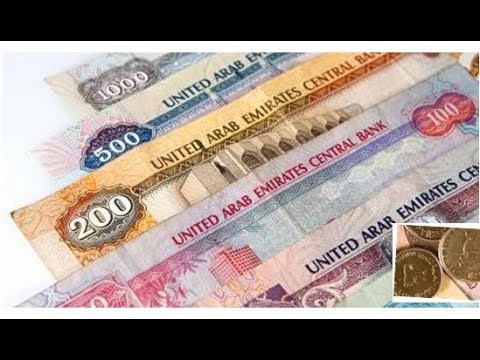 February 2030
The rollout of the GCC currency union has been planned for almost three decades, dating back to 2001 when the Supreme Council of the GCC set the goal of creating a common currency by 2010. It has been a saga of seemingly infinite delays, with deadlines coming and going, pushed back due to debates over what shape the union should take and how its governance should function.
Most recently, Saudi Arabia pushed the idea of reviving the single currency in 2020, but this initiative died when the country broke into civil war in 2023. It lingered in limbo until 2026 when the UAE convinced the GCC to move ahead with the implementation of the single currency, to be called the Khaleeji, by 2027.
When the Arab Oil Embargo against China started in 2027, everyone with half a brain thought that this would lead to another delay of the Khaleeji project. Surely the people in charge of implementing the new currency would not be stupid enough to try to roll out the new currency in the middle of a geopolitical economic crisis?
This did not turn out to be the case. For some reason (we’ll chalk it up to incompetency, but who the hell really knows?), the Gulf States decided to push ahead with the implementation of the Khaleeji later that year.
It went about as well as expected--which is to say, not at all. The Arab Gulf States immediately found themselves eating through foreign currency reserves trying to prop up the 1.00:3.00 Khaleeji:USD exchange rate (which was selected since it is around the current pegged exchange rate between several Gulf currencies and the USD-- the Bahraini Dinar trades at 1.00:2.65, the Kuwaiti Dinar trades at 1.00:3.27, and the Omani Rial trades at 1.00:2.60). Though the oil embargo was lifted at the end of 2028, confidence in the new currency is somewhat shaky, making the 1:3 exchange rate difficult to maintain. Still, not everything is bad for the new currency: with Bahrain mostly stabilized and set to join the currency union later this year, and Saudi Arabia on its way there, the Khaleeji should soon have two new adherents, boosting the power of the currency.
In order to ease some of these concerns and reverse FOREX outflows, the Central Bank in Dubai has elected to devalue the Khaleeji by about 6 percent, dropping its exchange rate to 1.00:2.80. This is expected to improve the health of the currency, which should translate into better economic performance. It’ll also have the unintended consequence of making exports from within the currency union relatively cheaper on the international market, boosting exports a little (except for oil and natural gas exports, which are traded in USD). Between these two policies, the Khaleeji should be stabilized, barring any sort of unfortunate shake ups in the global markets in the near future.
 The Benefits of the Khaleeji
Perhaps the most immediately apparent benefit of the Khaleeji for the Arab Gulf States is how it has made trade between the GCC member states significantly easier. Previously, firms doing business in multiple member states had to account for the different currencies of each. Even though all of the currencies were pegged to the USD, this still posed a significant administrative burden which has now been wiped away, reducing the cost of doing business in the GCC and making it a more attractive market for international investment.
An unexpected, but nevertheless significant, benefit of the Khaleeji has been the expansion of tourism in the GCC. Now that there is no need to exchange currencies, tourists have found it increasingly viable to land in one member state, travel to another (using the vastly improved infrastructure between the states, including the Gulf Railway high speed passenger rail), and then leave from that state, spreading out their spending and increasing the attractiveness of the GCC as a whole as a tourist destination.
Qatar has emerged as a big winner of this. Previously, Qatar and the UAE were locked in a sort of arms race competing for tourism revenues--a war that Dubai, as the most popular tourist destination in the world, was clearly winning. With the implementation of the Khaleeji making it easier than ever to move from one country in the GCC to the other, Doha can now cast itself as an addition to Dubai rather than a direct competitor. Tourism agencies in Doha are already looking to recast the city as the “middle stop” of a larger tour route between Dubai, Abu Dhabi, Doha, and Manama, looking to attract tourists already heading to Dubai to Doha for at least part of their trip. Qatar is also emerging as a popular destination for foreign direct investment looking to capture part of the rapidly growing GCC market, since Qatar has been one of the more stable GCC member states over the past decade.
 Currency Details

What Foreign Paper to Buy and Hold Short or Long that's Actually Worth it and not a Scam?

Has any currency "long-term hold" been a profitable strategy?

A while ago, while trying to locate certain modern banknotes for my collection, I stumbled into an interesting 'investment' message.
A variety of sketchy vendors were selling large stacks of, what was basically ordinary circulated foreign currency, with a message of "the exchange rate should change dramatically at some point, causing bast upside". They pushed the Iraqi Dinar and Vietnamese Dong fairly heavily, and I've also seen the South Korean won promoted that way. The vendors seemed like the guys who'd advertise on right-wing talk radio if the gold and silver people hadn't driven the cost of ad time out of their range.
Now, of course, my bullshit detector goes off. The relative value of a country's currency has little to do with its economic prowess. If you bought the current incarnation of the South Korean won at its introduction 1962, you'd be eating your hat-- for all their economic growth in that period, you'd have lost 80 percent of your value against the dollar. OTOH, the notes might be worth quite a bit to a collector if you got the scarcer denominations and kept them in good shape.
I know the typical case for forex investment is holding for a few days, or even a few minutes at a time, and churning frequently to take advantage of minor changes in the exchange rate. However, are there real-world economic conditions where you can realistically expect to buy and hold a foreign currency on the period of years to decades, and exchange it at a favourable rate-- by which I mean one which provides an investment-grade rate of return?
The only historically solid situation I could think of would be acquiring the yen in the 1960s or so, when it was like 300 to the USD, and holding it til it peaked last year at like 75 to the USD... but even that, have you beaten inflation?
The other context it might make sense in would be if it were seen as a "the USD is about to collapse, may as well throw your money into anything" panic hedge, the same sort of message that some of the gold-and-silver crowd were spouting, but that's not necessarily a contingency you'd want to build an investment portfolio around.